The market for 3D printers is still a relatively young, but rapidly growing section of the industry. According to the 2020 3D Hubs’ Report (3D Hubs has since changed its name to Hubs), the forecast annual growth of the 3D printing market is poised to reach 24% globally. Consequently, many companies in the 3D printing sector strive to lead in innovation and persistently improve their products. 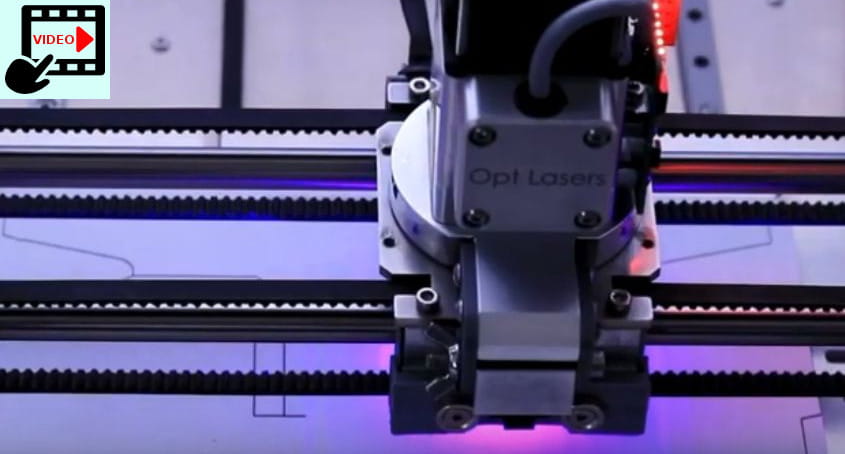 One of the major innovators in the field was ZMorph. In 2012, the company decided to release an unthought-of device, a multi-purpose machine that was not only equipped with a 3D printing head, but also an engraving laser one. This breakthrough was remarkably successful and soon enough ample competitors, such as, for example, Stepcraft and Creality, followed suit. With an increasing adoption of this invention a brand new term was coined, and the resulting device became known as a 3D laser printer, or, put simply, a 3D laser. Such a multitool machine was proved to offer an unprecedented edge for the early adopters as, according to a 2018 Forbes article (namely “The State of 3D Printing”), just in 2018 93% of enterprises using 3D laser printers were able to brandish evident leverage such as cut down time-to-market and production runs for customers. The shortened time-to-market comes from the uniqueness of the 3D laser printer as the device can perform both additive manufacturing (regular 3D printing with a 3D printing head) and subtractive manufacturing (cutting or engraving with a laser head), effectively being capable of swiftly conceiving intricate and precise prototype designs.

Another innovation of interest in the field of 3D printers comes not in the form of machinery, but the printing medium used instead. Whilst being able to produce visually appealing products is vital, printers that utilize multiple nozzles and regular thermoplastic feedstock are considerably more expensive than their single-nozzle counterparts. For that very reason, companies began to develop photosensitive 3D printer filaments, which change color upon exposure to UV light, with the resulting colour dependent on the degree of exposure.

In order for a laser head to be suitable for a safe attachment to a 3D printer, the 3D laser head needs to fulfill the following criteria:

Although various manufacturers offer elaborate 3D printer engraver units, having to invest in a completely new stand-alone system just for its engraving functionality is hardly advantageous. For the same reason, Opt Lasers provides adapter kits that allow you to attach a PLH3D-series laser head to a 3D printer. Our kits are carefully designed in order to perform well with a selection of the most popular 3D printers on the market, for instance Prusa and ZMorph. Being compact and lightweight makes them an excellent choice for smaller systems, such as the majority of 3D printers. And the utilization of the blue diode technology enables them to stay efficacious even in the harsh environment of a closed printing chamber, characterized by high ambient temperatures, since blue laser diodes exhibit higher working temperatures compared to other types of laser diodes or CO2 lasers.

Nevertheless, it is worth keeping in mind that 3D printers work in a different fashion than CNC machines as they lack signal from the spindle. In a CNC engraver, the laser head can be fed the signal from the spindle, which normally changes the rotation speed with the S0-S255 command. In order to engrave with a 3D printer, the laser head needs to be fed the signal either from the heater or the fan. The latter is a lot more convenient, because the wiring is easily accessible. Nonetheless, this could cause a potential issue due to the fact that 3D printers usually test their signals upon powering up. This can cause a 3D laser to fire inadvertently. Favorably, the Opt Lasers’ Prusa 3D Laser is equipped with a soft-start mechanism that negates this effect.

As the combination of engraving lasers and 3D printers is becoming more widely adopted with applications in industry, medicine, military and science, it will be the early adopters of this new technology that will reap the most benefits. This unique combination offers unparalleled versatility to express creativity for entrepreneurs and hobbyists alike. It can also facilitate rapid prototyping for small and medium sized enterprises, resulting in tangible benefits. As such, it is predicted that the early adopters will gain a high enough edge to leave their competition behind.