LaserDock’s subelement surfaces, which define the positioning of the laser docking station, come in contact with one another over a narrow area. To achieve and sustain flawless performance, these subelements are made of hardened steel alloys that achieve high levels of strength, wear resistance and hardness above 50 HRC. The ball hinges are made on a hydraulic press, ensuring a perfect fit of the body of the LaserDock (which acts as a ball joint) to the bearing balls.

Plenty of CNC machine users want to secure their cutting and engraving laser over the duration of cnc milling. With the LaserDock, it is effortlessly simple. You can just detach your laser head from the laser attachment docking station and place it in a secure location. You don’t have to unscrew any screws or loosen anything that would need to be placed back on again later.

If you own a few CNC machines, with a LaserDock on each, you can move your laser head to a different machine in a matter of seconds. And you don’t need to recalibrate your working distance while doing so.

Compared to alternative solutions, LaserDock is the only solution that achieves such a high level of precision and is simplistic in usage. You don’t need to worry about any loose wires left behind or shielding your pins against dust and airborne molecules. The LaserDock comes with a cover that replaces the laser head and shields the magnetic laser attachment docking station against any undesired species.


Building on our expertise in fixtures and mechanical design, the LaserDock has been designed to provide the same precision standards as optical mounts for industrial and scientific applications.

Powerful Neodymium magnets, acting as springs, lodge the two parts of the laser docking station close together. This ensures precise positioning of the engraving laser head on the LaserDock cnc router laser attachment unit by removing the last degree of freedom. This is the distance between the elements of the magnetic laser attachment.

Autonomous determination of the degrees of freedom is yet another great asset of the LaserDock. It safeguards the positioning of the cutting and engraving laser head from temperature variations. This includes natural temperature variations as well as differences in temperature between the two elements of the laser docking station. 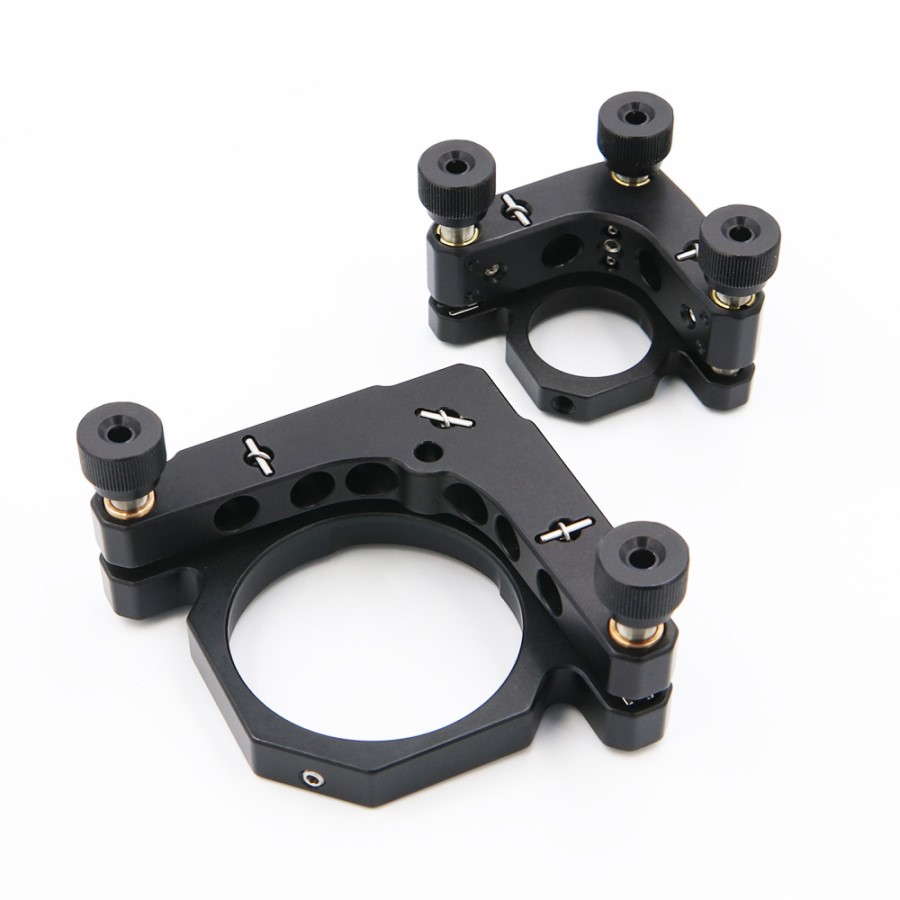 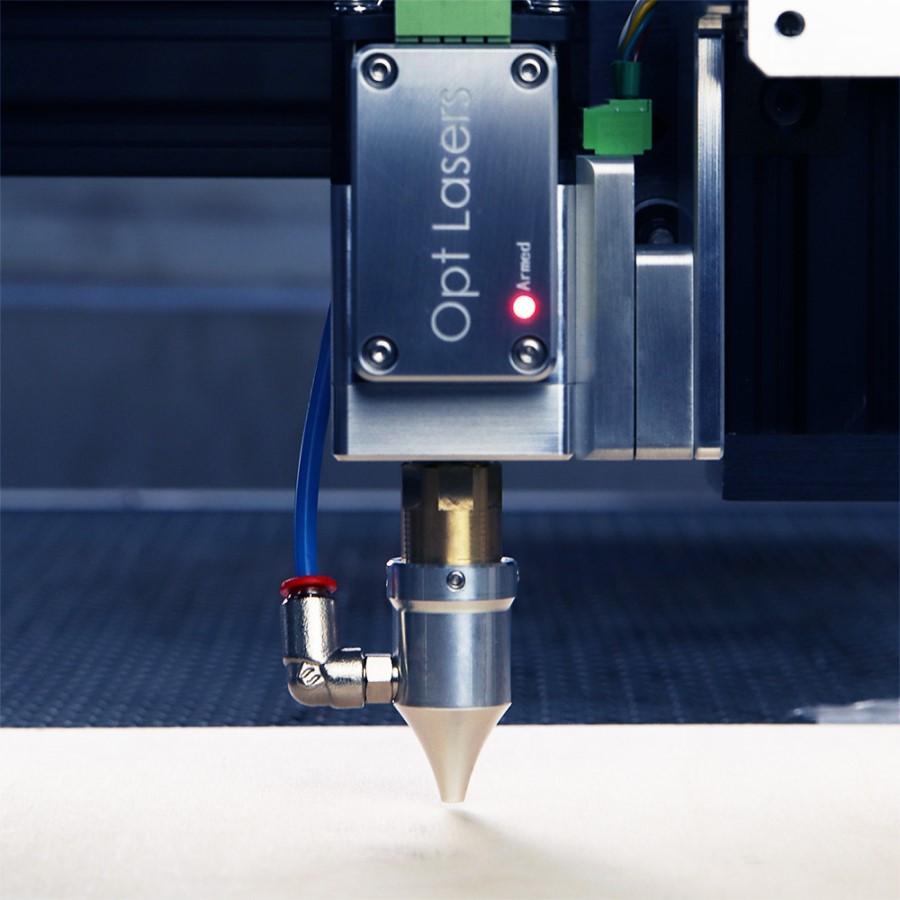 The LaserDock magnetic laser attachment, just like our laser heads and other products, does not contain vital elements that are made of plastic. Being aware of what any CNC machine operation involves as well as its working conditions, we decided not to use any plastic components in any vital components to ensure user safety. This is particularly important for cutting laser head housing and assembly parts. While it might appear that plastic elements are safe for use, they can easily break or bend. In that event, the user has little to no control over where the direct or scattered laser radiation goes, which constitutes a major safety hazard.


The LaserDock laser docking station is designed with the most demanding users in mind. To cut down cnc router laser attachment and detachment times we decided to utilize gold-coated spring connectors and gold-coated PCB. Because of this choice of design, contact points will not oxidize, even after a prolonged time of use. Moreover, the springs ensure flawless contact point embedment despite experiencing typical CNC machine oscillations during even the most challenging CNC router operations. Industrial-grade contact points simplify wire connections and allow fitting the wires even through small apertures in the body of your cnc machine. The Aluminium body of the laser docking station protects it against mechanical damage and ensures user safety. The LaserDock laser attachment cover shields the elements of the docking station against damage when the cutting and engraving laser is not in use. 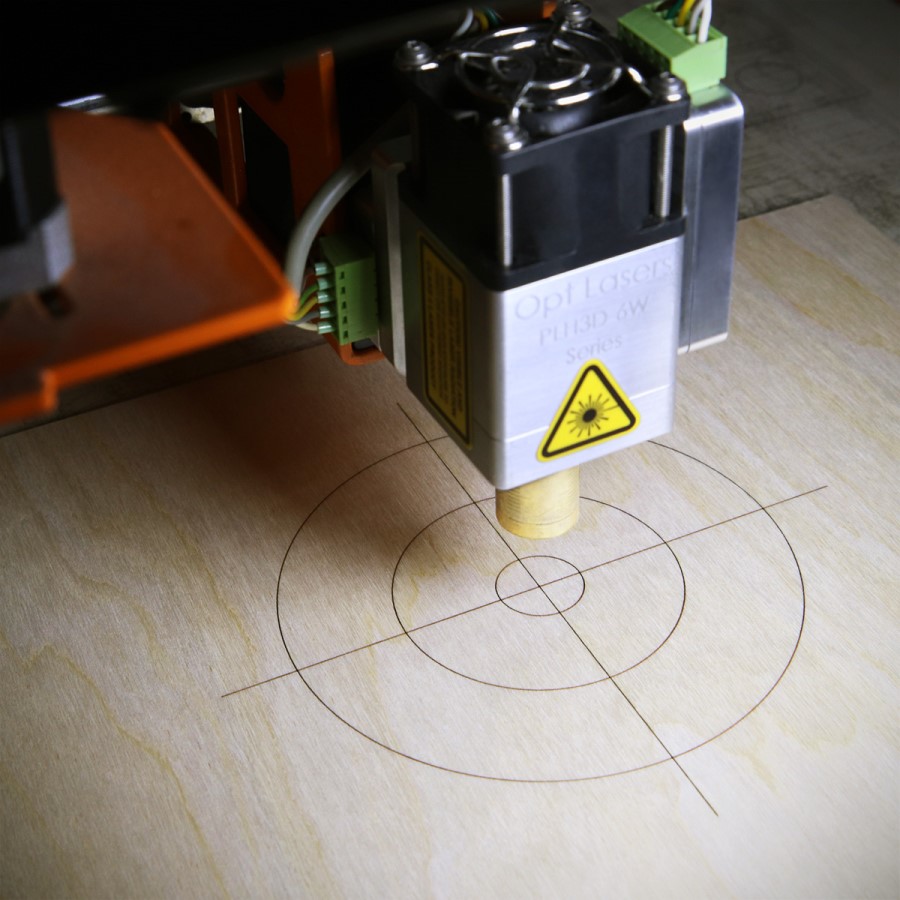 In the event of an emergency, the LaserDock laser attachment will switch off the engraving laser head. This happens in case of any safety hazard caused by uncontrollable CNC machine movement. It will also happen in the event of a collision between the laser head and either the object being processed or a CNC machine element.

This provides safety in two ways. First of all, the user is protected from the standpoint of laser safety. The powered-down cutting and engraving laser will not shoot the laser beam into any undesired direction, which could otherwise hit the user or room equipment. Secondly, it protects the engraving laser head. An engraving laser that is stuck to the CNC router that moves uncontrollably would eventually get crushed resulting in mechanical damage. With the LaserDock magnetic laser docking station equipped, the laser head will safely detach and land within the work area of your cnc machine.

With the LaserDock laser attachment equipped, you will be able to effortlessly dismount your laser unit once your laser engraving or laser cutting work is finished. Keeping your laser clean is of utmost importance. Clean focusing lens ensures constant optical power over subsequent laser engraving and cutting work. Keeping it clean also prolongs its lifetime. On the other hand, lens contamination may even damage anti-reflection coatings. This could in turn lead to reflecting the laser beam back towards the laser diode and causing irrevocable damage.

It is also crucial to keep both the body and the fan of your engraving laser in a clean state. Soiling may reduce its cooling capabilities by blocking airflow tunnels and accumulating on the fan fins. Irrespective of whether you use the LaserDock magnetic laser attachment you should regularly inspect the cleanliness of your focusing lens. This should ideally be done before commencing each new laser engraving or laser cutting project. It is worth noting here that the High-Pressure Air Assist Nozzle safeguards your focusing against contamination over the duration of your laser project. 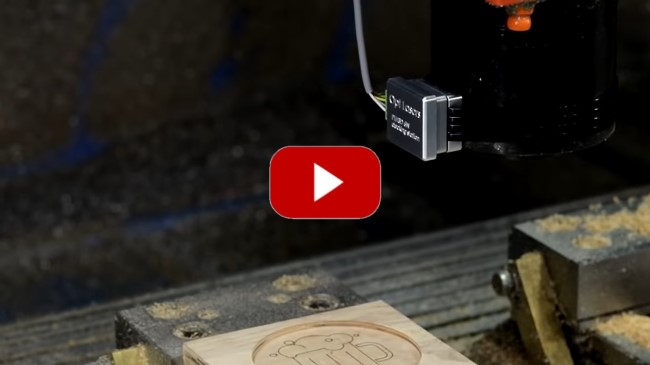 LaserDock possible to order with XF+ and XT-50 kits 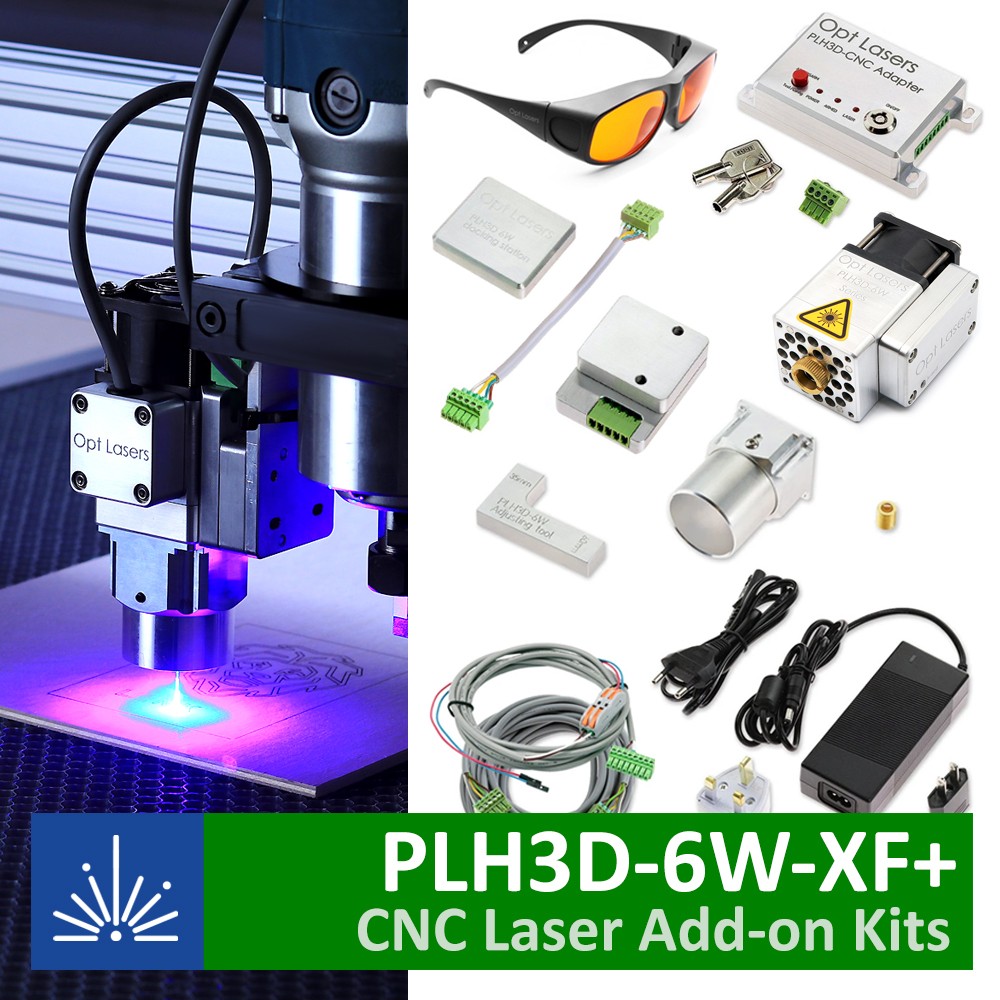 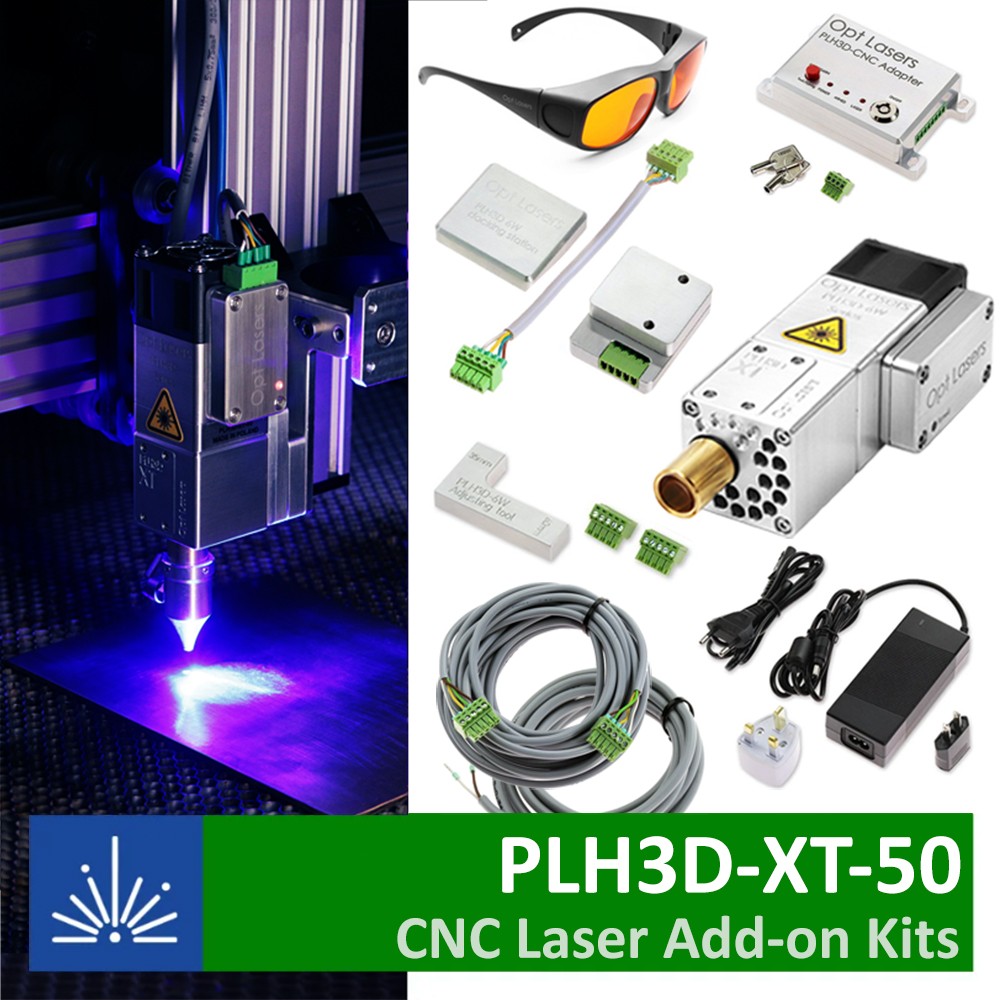 
While installing the LaserDock, please make sure you install it the correct way. The picture on the left below shows the appropriate installation, while the picture on the right below shows improper installion. Installing it the wrong way may lock the fan of the laser head in place and prevent it from spinning. 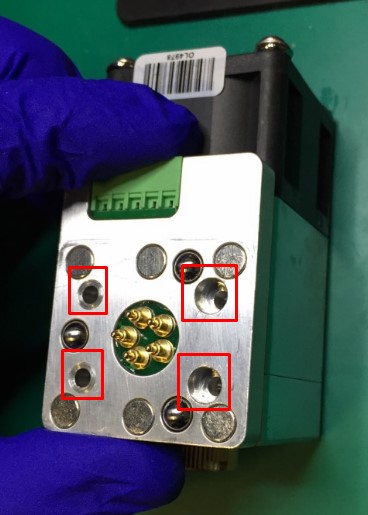 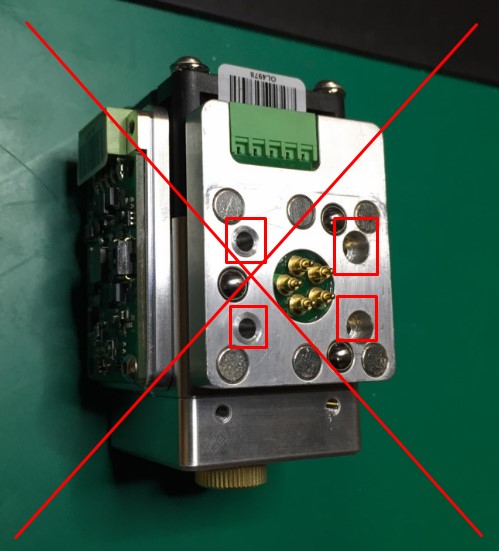